Roof canopy at the Market Yard Carrick on Shannon

Public space is anywhere that public life happens, anywhere that people who don’t know each other can meet and engage, breathing space in the town where people can gather. Unlike the Italian piazzas and Spanish plazas, which don’t have to contend with the Irish weather, Ireland’s rainy climate continues to provide a major challenge to the viability & use of our public open spaces.

The Market Yard is a public space located at the heart of Carrick on Shannon and has traditionally been a location for trading since the early 19th century, where fruit and vegetables, meats, butter, flannel, linen and other goods were bought and sold. While the yard since its restoration in the 1990’s has been a very pleasant retreat, its exposure rendered it unusable for a large portion of the year. 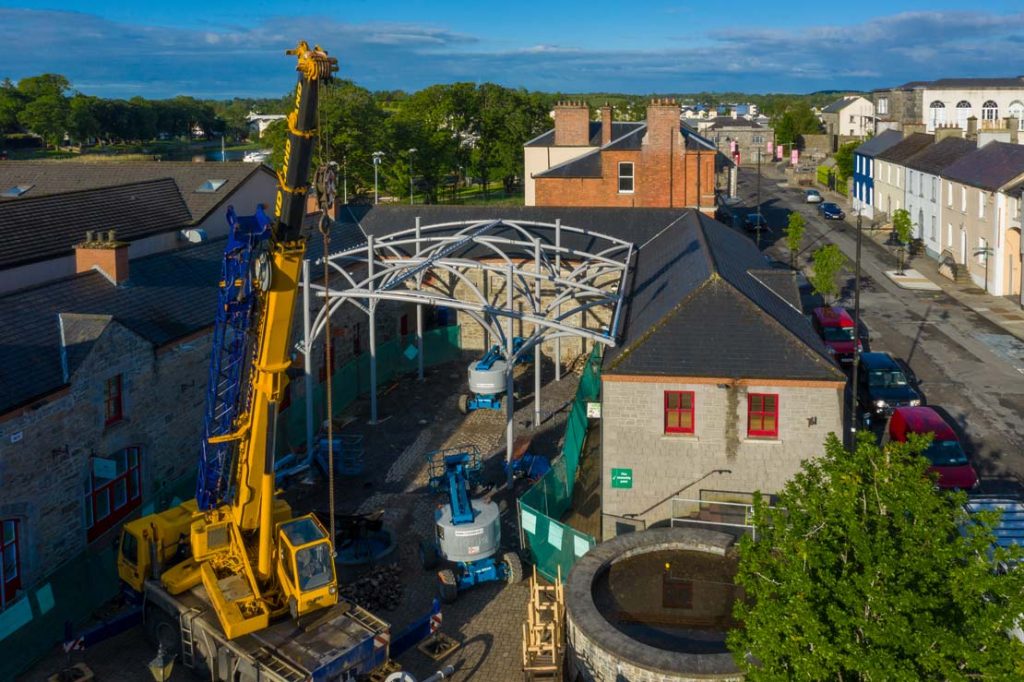 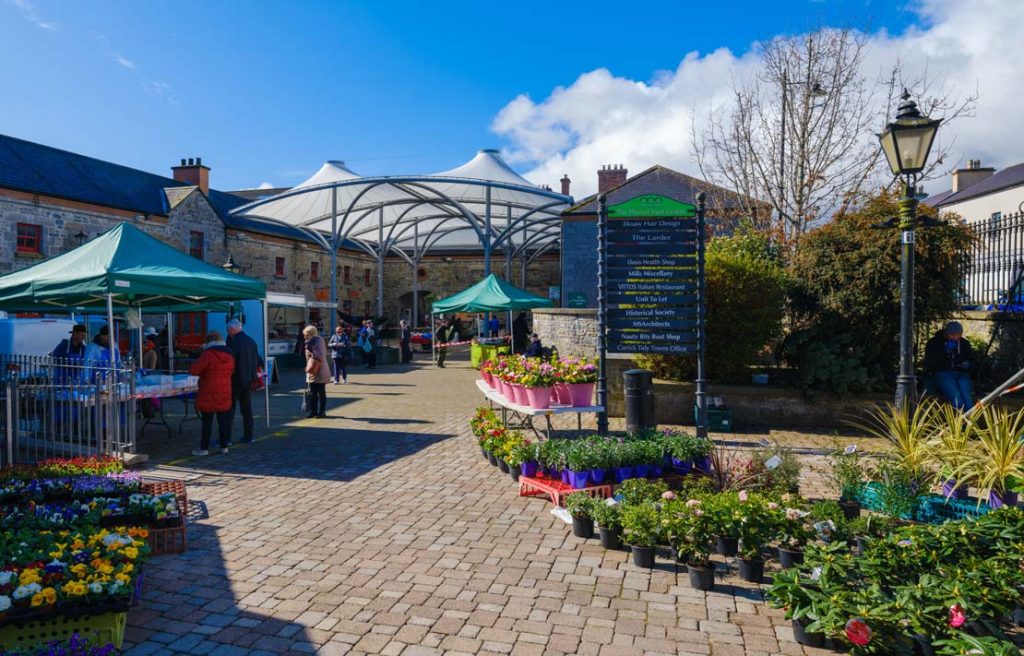 Carrick on Shannon finally boats its own covered public space whereby markets, music, cultural etc. can be held in a comfortable environment all year round. While providing cover it also retains the outdoor atmosphere that is so culturally relevant to Ireland. The roof canopy has become a landmark for the town centre.

The design concept comprising of curved steel supporting columns each with its own curved sub-supports and semi translucent roof covering above is reminiscent of the structure of a tree canopy. The roof covering comprises of Silicone Coated glass semi-translucent fabric which is lightweight, translucent and echoes the earlier uses of the Yard as a place to trade flannel and linen. The structure is completely stand alone and independent of the original buildings surrounding it which are protected structures.

An overall reconsideration of how people use the space has been at the forefront of this project. The new roof canopy allows for events and activities to run all year round, regardless of Ireland’s inconsistent weather. Beyond the physical presence of the structure, it has also created opportunities for markets, temporary kiosks and outdoor events throughout the day and night.

We pride ourselves in listening carefully to what it is that you need & coming up with exciting, uplifting building designs within the agreed parameters & budget. Contact us now & let us help enhance your life.

This website uses cookies to improve your experience while you navigate through the website. Out of these cookies, the cookies that are categorized as necessary are stored on your browser as they are essential for the working of basic functionalities of the website. We also use third-party cookies that help us analyze and understand how you use this website. These cookies will be stored in your browser only with your consent. You also have the option to opt-out of these cookies. But opting out of some of these cookies may have an effect on your browsing experience.
Necessary Always Enabled
Necessary cookies are absolutely essential for the website to function properly. This category only includes cookies that ensures basic functionalities and security features of the website. These cookies do not store any personal information.
Non-necessary
Any cookies that may not be particularly necessary for the website to function and is used specifically to collect user personal data via analytics, ads, other embedded contents are termed as non-necessary cookies. It is mandatory to procure user consent prior to running these cookies on your website.
SAVE & ACCEPT